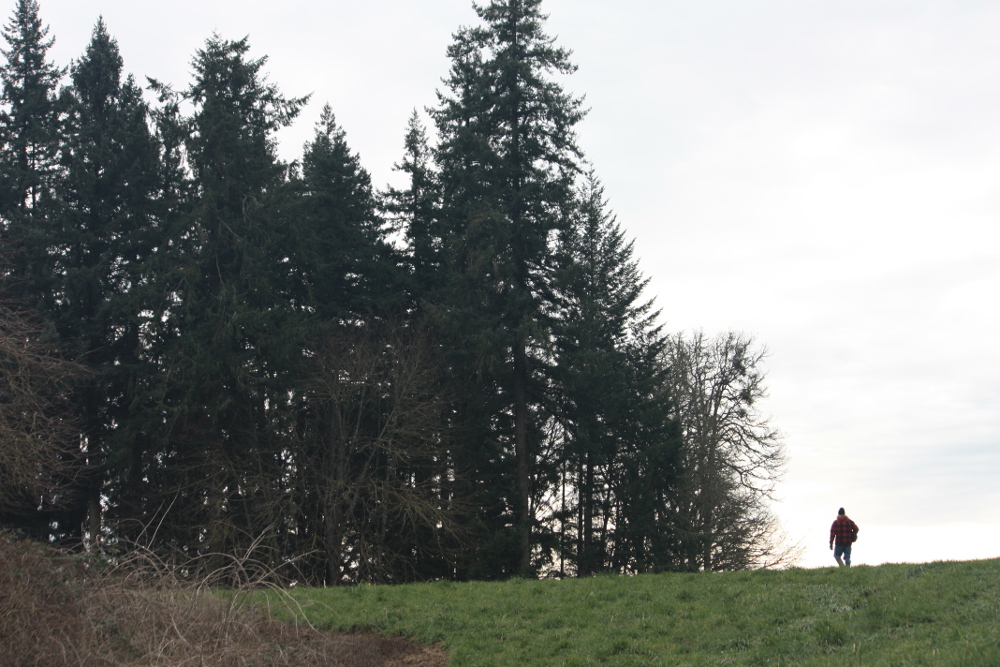 How I got Involved

I first heard about the Gingles Cemetery a number of years ago from a friend.  One day myself and a few of my friends visited the cemetery.  I was surprised to find a Rachel Pyburn buried there.  The condition of the cemetery was in a deplorable state and brush and poison oak were everywhere.

One of my friends ended up with a very bad rash.

I took my dad there a few years later to see Rachel’s grave.  More years went by and busy with life and work, the cemetery waited.  Retirement came along and things slowed down for me.  One day I was sitting on the couch waking up with a cup of coffee when the cemetery’s ring of trees caught my eye. 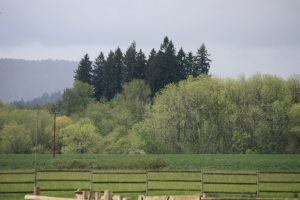 Something moved me to visit the cemetery again.  So off I went.  Once there, I looked through with different eyes at the condition of the grounds.  I knew I needed to get involved.

A little research showed that the Albany School District owned the cemetery.  I contacted them and offered to buy it.  Much to my surprise, they accepted.

So, here I was with an offer accepted.  “Will I be able to do this restoration?”  I asked myself.

I knew I had to determine if I could actually restore the grounds first before committing.  You see, the cemetery is surrounded by private land.  Two owners are involved and there is no direct access.  I knew a road was necessary in order to get equipment and material to the site.  So, I contacted the owners and started the process of gaining permission to build a road.  Once I was fairly certain everyone was in agreement, I decided to go ahead with the purchase.

The new road will be over 1200 feet and has an elevation gain of over 50 feet.  A lot of cat work will be needed to make this happen.  The road will be dirt only until more funds become available to gravel it.  But having access by vehicle is huge in getting the restoration done.

Glenn Harrison and Burr Fancher are helping me with setting up non-profit status and applying for grants and giving me invaluable advice.   I am grateful to have them on the team.

What I find very interesting, is that from the very start, every time a road block appeared, the issue was resolved in a positive way.  I believe I was called to do this, and I have some souls rooting for me.

The Gingles Cemetery is located in Benton County, Oregon. The property is entirely surrounded by privately owned land. No road leads into the cemetery today and the only way to reach it is through farm fields and by permission of the owner.

The cemetery is one of the oldest in Benton County and is on the former Donation Land Claim of James Gingles (pronounced “jingles”). It probably originated as a family burying ground. The earliest death date marked on a tombstone is 1852, when Hiram Hardie was buried. Since there are unmarked graves, it is possible that there were earlier burials. It is said that the first burial here was a Mr. Miller, a brother of Mrs. Gingles, who died just before reaching Benton County on his way from the east.

Those buried at the Gingles Cemetery represent many of the area’s earliest families including the Gingles, Vanderpools, Suvers, Flilckengers, Millers, and Pyburns. Possibly the largest stone is for James Gingles and his two wives, Sarah who died in 1853 and Tabitha, who died in 1873. James died in 1889. The cemetery was never platted and after the building of nearby North Palestine Church in the 1880s, and the establishment of a cemetery there, Gingles Cemetery fell into disuse. The last burial probably was the one for David Vanderpool in 1938.

Rick Pyburn first visited the Gingles Cemetery years ago after hearing about it from a friend. He then discovered he had several relatives buried there. He invited his dad, Jack Pyburn, to visit the headstone of Rachel Pyburn (born July 1, 1805; died February 25, 1860 ).

After Rick retired from Pyburn and Sons Remodeling, he would gaze upon the crown of trees, visible from his living room window, that stood over the cemetery wondering about the souls who are buried there.

He then visited the cemetery again with different eyes. He really noticed the disrepair the cemetery had fallen in to. He made some inquiries as to who owned the property with the intention of volunteering to restore the cemetery. When he learned that the Greater Albany School District owned it, he offered to buy the cemetery for one dollar. The school district and school board were agreeable and on January 29, 2018 the deed was transferred.

Rick does not view himself as an owner of a cemetery but rather a caretaker. He is one who respects the hardships of the pioneers and the anguish from losing loved ones, many of them very young children.

There is a lot of work to do in restoring the cemetery. One of the first steps will be to improve the access in order to aid the removal of under brush and fallen trees. Then there is the cleaning of the headstones, many of which are unreadable. Several graves were originally marked with wood, which have long since decayed.  Numerous stone markers have been broken by fallen trees or have simply fallen over and are either on the ground or have been rested against adjacent trees. Because of this, the restoration process could likely take several years before the cemetery is cleared, cleaned, and in respectable shape. Rick is currently seeking grants to help fund this effort.

“My intention is to honor the memories of our ancestors and give them the respect and dignity they deserve.”  – Rick Pyburn

Many volunteers and enthusiasts have come forward after three local articles were originally published by the Albany Democrat Herald newspaper (see links below). Many very caring people are interested in the historical aspect of restoring a part of Oregon and Benton County history.

Our Journey to Restoration