After purchasing the cemetery from the Albany School District in January 2018, Rick formed the Gingles Cemetery Association.  With the help of Burr and Glenn, both local historians, we are now moving forward with grant applications to Oregon Parks and Recreation.

To restore the Gingles Cemetery to a respectable state that it clearly deserves in honor of the pioneers that passed before us.

We will accomplish our mission by treading lightly on those at rest, minimizing impact to the living forest, and respecting the privacy of the surrounding landowners.

Regardless of the obstacles we encounter, we are dedicated to complete the restoration of the Gingles Cemetery.

These are the people who have a dream and a passion to complete the journey of restoration.

“It’s kind of fun to do the impossible.”  – Walt Disney 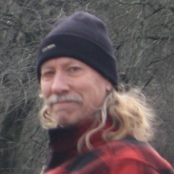 I was born in Portland, Oregon and grew up in Albany, Oregon. Upon graduation from high school, I joined the Navy in August of 1969. I served aboard the Leonard F. Mason DD852 as a Sonar Operator during the Vietnam War.

After leaving the service, I drove a concrete truck for a couple of years in Michigan and California. I was laid off from my job and found my way back to my old home town and began working with my dad in his construction business.

I enjoyed working with my hands in construction: building, remodeling and repairing. My experience grew through the years and I eventually took over the company (Pyburn & Sons) after my dad retired.

After 40 years, I too have retired. My brother and son now run the business.

I am currently devoting more time to my farm: remodeling our dining room using reclaimed wood, restoring a 1953 wooden boat, and finally, after all these years, remodeling an out-building into a wood-working shop.

And just recently, I have acquired a pioneer cemetery in dire need of restoration.

Glenn Harrison’s great-great grandparents are buried at the Gingles Cemetery. Glenn has lived in Albany all his life. He earned two Masters Degrees from Oregon State and the University of Oregon. Before retirement in 1993, he taught math at Central Linn High School for 32 years and a math night course for 15 years at Linn-Benton Community College.

He and Carol (Stowe) Harrison have been married for 56 years, have two children, and two grandchildren. Carol graduated from Western Oregon, was a teacher, and started the United Presbyterian Child Care Center/Preschool. We have both been active with the Linn/Benton Unit of the Oregon Retired Educators Association, where Glenn was president for 10 years and Carol has been treasurer for 18 years.

He has been active with the Oregon-California Trails Association and its Northwest Chapter since 1986. He was the president of NW OCTA for four years and president of the national OCTA for two years. He has been the treasurer of NW OCTA for the last seven years.
After six years as a non-voting member, Glenn served for the last 11 years on the Oregon Historic Trails Advisory Council, appointed by two different governors. 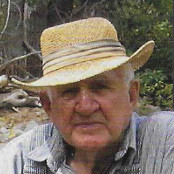 Burr Fancher was raised on an Arkansas subsistence farm during the Great Depression. His father was a livestock buyer and drover who spent his life trailing hogs, sheep and cattle to the nearest railroad. Burr assisted his father in the drover activities until high school graduation in 1942. After graduation, he enrolled as a 15 year-old freshman at Arkansas Tech. His 16th and 17th years were spent as a harvest tramp in Oklahoma, Kansas, Nebraska, Wyoming and Idaho.

After age eighteen, Burr was drafted into World War II. While on his way to the invasion of Japan, the A-bomb cancelled the need for infantry soldiers and he was routed to Ascom City, Korea for a three month stay. His next assignment was with Army Pictorial Service in Germany where he was trained as a motion picture cameraman. Burr was assigned to a team of four to Berlin in time to photograph the first VE Day parade on May 8, 1946.

After the war, he taught veterans on-the-farm training for four years, followed by completion of a B.S. degree in Agriculture in 1953. Three years (!954-58) were spent as a livestock manager on a cotton plantation near the Mississippi River. After a few years in farm management, Burr moved to Oregon in 1958 to work as a shepherd on a purebred sheep ranch, He eventually returned to his first love-education.

He worked ten years as a Vocational Agriculture teacher at Halsey, Woodburn and Lebanon. Burr was Vocational Director in Lebanon for three years, followed by a one-year assignment as a State Department of Education Agriculture Specialist. In 1972 Burr started a seven year job as Regional Coordinator for Career and Vocational Education in Linn, Benton and Lincoln counties. In 1979 he was invited to a staff position at Oregon State University where he was assigned to a special project training Saudi Arabian school administrators for heading up newly developing community colleges and vocational schools. Burr left OSU in1982 to become a full-time international consultant.

Burr’s small consultant firm was very busy from 1982 until 2000 when he decided to slow the pace. Coupled with military and tourist travel the consultant work in Alaska, Arizona, Oregon, Washington, and the Middle East allowed experiences in 33 foreign countries and interfacing with many different cultures.

After 2000 Burr did part-time work with Apprenticeship at Camp Adair. When the Apprenticeship program moved to Portland, Burr entered full-time retirement. At age 91, Burr lives a quiet life of gardening, fishing, writing and conversing with his donkeys Hans and Fritz in Albany, Oregon.

We thank all of our sponsors for their generosity and faith in our cause.

Coastal Farm
Buzz Wheeler of Coastal Farm, out of the kindness of his heart, contacted Rick with his support and desire to contribute to Gingles Cemetery’s journey to restoration.

Our gratitude to the tireless dedication of our volunteers. 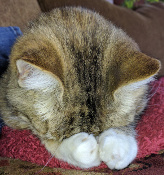 Working for a Fortune 50 corporate giant for 25 years, Heidi has accumulated a wide range of technical experiences and skills. While preferring to work quietly in the background, she contributes in the follow areas:

When not working on the cemetery in her spare time, she enjoys reading, gardening, and riding her horse Charlie.